More information
We use cookies to personalize content and ads of our website, to bring you social media functions, and to analyze the traffic to our website. We also share the collected data with our partners, who in turn may use it for social media, advertisement and analysis.
THE SOUTH TYROLEAN INSTITUTE OF ETHNIC GROUPS
back 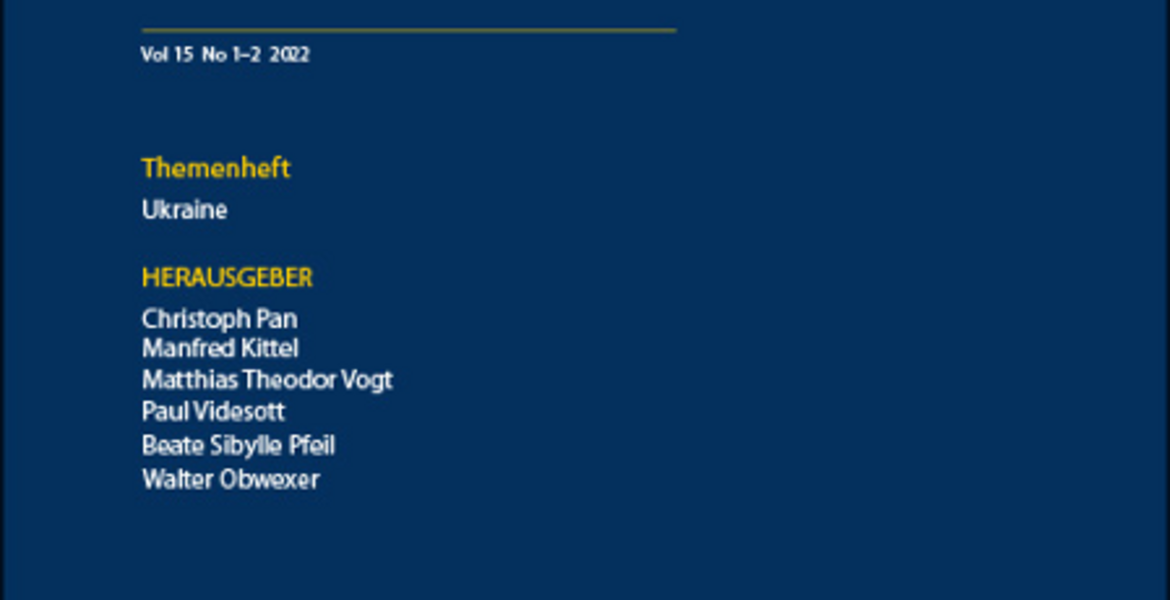 In this issue Meinolf Arens presents the situation of the Rusyns (The Rusyn Nation in the Danube-Carpathian Region. Desires and Realities) and Imre Szakál that of the Hungarians in Transcarpathia (Hungarians in Ukraine: Historical Dimensions and Current Challenges). Björn Opfer-Klinge traces the history of minorities in the historical landscape of Budžak (The Budžak - History of a Multicultural and Multiethnic Border Region in Ukraine). What all three situations have in common is that small-scale interwoven multi-ethnic landscapes have emerged in the shadow of multinational empires, which since their incorporation into nation-states have tended to be perceived and also treated by them as a threat or burden rather than as possible added value. The consequence of the population structure changed by deportation, resettlement or emigration is not only a cultural but also an economic impoverishment of the areas concerned.

This is also the conclusion of the two essayistic chronicle contributions by Meinolf Arens (Cross-border cultural landscapes in the Danube-Carpathian region 100 years after the end of the First World War and the peace treaties of St. Germain (1919) and Trianon (1920): a balance sheet) and Hans Hedrich (Der Bär geht um in Rumänien. A Journey in Hungarian Footsteps through Romania 101 Years after Trianon), who experienced on the spot the situation of the minorities in the successor states of the Hungarian crown a century after the Paris Suburb Agreements.

The range of topics covered in this issue of EJM is expanded by three contributions that deal with minority issues with reference to the European Union on the one hand, and on the other hand with the repeatedly raised question of the extent to which autonomy statutes are compatible with the clause of the indivisibility of a state inscribed in several constitutions. Attila Dabis addresses the latter question using Romania as an example (Effective Participation and Territorial Integrity: A Guide to Romanian Doctrinal Claims on Regional Power-sharing), whereby, in his opinion, the existing Romanian constitution would also permit a division of labour between the centre and the periphery (and this is what an autonomy statute is ultimately about). In Romania, this question is very controversial and has always been interpreted against the wishes of the Hungarian minority in particular. Vesna Caminades looks at the possibilities offered by the European Committee of the Regions for minorities, while Paul Videsott and Silena Gasser, in view of a planned amendment to EU electoral law, consider how the representation of the autochthonous national minorities, which after all represent almost 7% of the EU population, could be increased in Europe's only supranational parliament.

This issue of EJM is rounded off by reviews of three publications relevant to minorities.